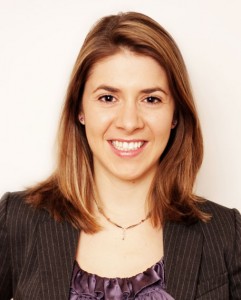 Amanda Walsh, a marketing, public relations and social media professional, will share her perspective on what’s changing in social media in the opening general session of the 2012 SoMeBizLife Conference, May 30 at Delaware Valley College in Doylestown, PA. Amanda will engage in a discussion of social media with Bucks County author Jim Donovan.

Amanda has a passion for integrated communications, social media and emerging technologies. She joined Furia Rubel in Doylestown PA in 2008 as a dedicated blogger and social media strategist. In 2010 she became an account coordinator. Whether she’s using social media outlets such as Facebook, Twitter or LinkedIn to spread the good news about clients, or expressing opinions concerning industry news on Furia Rubel’s ThePRLawyer blog, Amanda is energized by all aspects of integrated communications.

Amanda graduated magna cum laude from Temple University with a bachelor’s degree in Strategic and Organizational Communications with a concentration in public relations. While attending Temple, Amanda excelled at three different internships where she gained a variety of experience in different industries. At the American Red Cross SEPA Chapter, she was involved with all aspects of event management for the various programs throughout the Philadelphia region in honor of Red Cross Month. This included media relations for the Red Cross Walk to Save Lives and working with Philadelphia City Council to arrange a proclamation from Mayor Nutter naming March as Red Cross Month.

As a College Marketing Director with Comcast-Spectacor at the Wachovia Center (now Wells Fargo Center), Amanda was a team player who excelled at managing event tasks. She assisted with media relations backstage at concerts, events and during a media tour for the Olympic Team Trials. As an undergraduate at Temple University, Amanda was involved with many organizations including Delta Zeta Sorority and Public Relations Student Society of America (PRSSA). She won a PRSSA “Most Valuable Member” award from her peers for her dedication to the organization and enthusiasm at meetings. In her junior year, she spent six months studying abroad in England learning about media studies in Great Britain.

Amanda loves traveling, cooking, exercising, and meeting new and interesting people. Most importantly, she loves learning and having fun with family and friends.