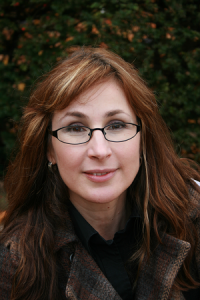 Catherine Cavella, founder of IP Works, PLLC, a Doylestown law firm focusing on intellectual property — trademarks, copyright, patents — will speak on “An Intellectual Property Lawyer’s Perspective on Social Media: What Your Mother Didn’t Know to Tell You” at the 2012 SoMeBizLife Conference, May 30 at Delaware Valley College in Doylestown PA. Catherine will speak in the Social Media Professionals Track moderated by Rick Toone.

Catherine is of Counsel to Robson & Robson, LLC, a business law firm in Conshocken, PA. Twenty years experience practicing trademark and copyright law for small businesses has brought Catherine a wealth of practical experience. She has represented businesses, artists and authors in a variety of intellectual property matters.

In 1993 she opened her own firm in Century City, California, where she focused her practice on entertainment, trademark and copyright matters.  In 2007, Catherine moved to Pennsylvania and began working with Gregory Gore in his patent and trademark practice in Doylestown. In 2012, Catherine founded IP Works, PLLC, where she continues to focus her practice on trademarks, copyrights and patents. With IP Works she plans to create an organization with a network of resources to help clients take their ideas from the drawing board to the marketplace.

She is actively involved in the Central Bucks Chamber of Commerce and the CBCC’s Women in Business Committee.  Catherine also serves on the Board of Directors of Tree House Books, a nonprofit whose mission is creating a community of readers, writers and thinkers in North Central Philadelphia.

Catherine has worked as a professional cellist for nearly 30 years and has performed on television and all over the United States and internationally with various artists and internationally known groups. In the interest of having a life, however, Catherine now limits her cello activities to playing with local groups and the occasional chamber music retreat.