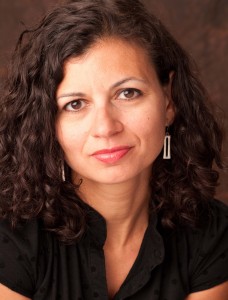 Marlo DelSordo, Director of Marketing and Communications for Philabundance, will speak on social media for nonprofits at the 2012 SoMeBizLife Conference, May 30 at Delaware Valley College in Doylestown, PA. Marlo will present in the Social Media for Nonprofits track moderated by Kim Graziano.

Marlo has been with Philabundance since 2007. As the Director of Marketing and Communications, she is charged with setting and executing the marketing and communications strategy for the largest non-profit hunger relief organization in the Delaware Valley. She has grown the marketing team and the scope of their efforts to elevate the issue of hunger and increase the visibility of Philabundance in the community. Marlo oversees the team responsible for events, media relations, collateral materials, branding, website management, online marketing content and social media marketing. She has gained the organization significant media placements, has helped it reach record levels of online donations, and has drastically increased its website traffic and social media engagement.

Marlo began her communications career in tourism public relations at the Pennsylvania Convention and Visitors Bureau before moving on to be an account executive at Collaborations Public Relations. She then held the role of Director of Corporate Communications for CDNOW, a multi-million dollar online music retailer. In this position, she created and implemented a communications strategy that positioned the company as the leading online music retailer in the industry. She also oversaw communications surrounding the company’s public offering. In her next position as Director of Corporate Communications at Music Choice, she continued to set the corporate communications strategy and managed public relations efforts for the music programming company, including the launch of interactive music channels on DirectTV.

Immediately prior to Philabundance, she held the position of PR manager at the James A. Michener Museum.  In this position, she oversaw public relations, increased the museum’s media coverage, and helped achieve new records in its attendance, web traffic and new memberships. Her other work experience includes managing relationships with multiple public relations and communications agencies based in New York City such as Webber Shandwick, Dan Klores Associates and Robinson, and Lerer and Montgomery.

Marlo received her B.A. in Arts & Sciences from Temple University’s School of Journalism. She currently resides outside of Philadelphia.