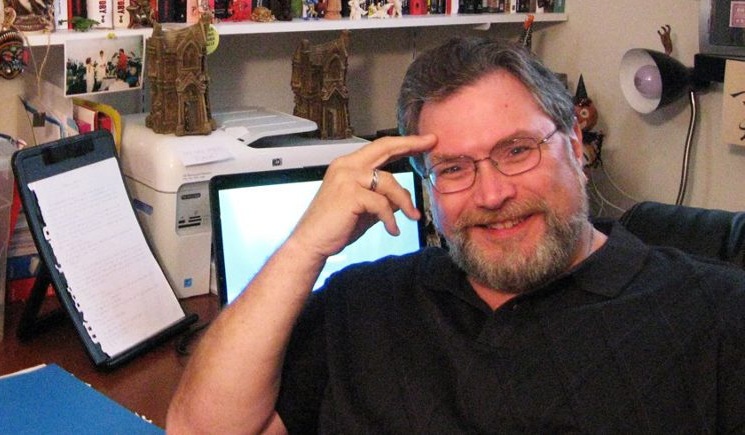 Jonathan Maberry, a New York Times bestselling and multiple Bram Stoker Award-winning author, magazine feature writer, playwright, content creator and writing teacher/lecturer, will deliver the closing presentation at the 2012 SoMeBizLife Conference, May 30 in Doylestown PA. Jonathan will speak on the art of connecting with audiences through a variety of media ranging from books, to comic books to social media.

Jonathan’s latest book, ASSASSIN’S CODE, features the return of wise-cracking special-ops agent Joe Ledger as he squares off against secret societies bent on igniting a global holy war. Jonathan’s novels blend hard science, intense action, social commentary, politics and a touch of the weird. He’ll bring his high-octane energy to the conference with the theme “Discover Your Social Super Powers.”

Among Jonathan Maberry’s works are:

GHOST ROAD BLUES (winner of the Stoker Award for Best First Novel in 2006),

For Universal Pictures, and Tor Books, the novelization of the re-envisioning of THE WOLFMAN (2010 Tor Books)

THE CRYPTOPEDIA (Citadel, 2007 –winner of the Bram Stoker Award for Outstanding Achievement in Nonfiction)

ZOMBIE CSU: The Forensics of the Living Dead (Winning of the Heinzman and Black Quill Awards and nominated for a Stoker Award; 2008)

His first comic for Marvel –GHOSTS was as part of WOLVERINE: THE ANNIVERSARY. Other comics include PUNISHER: NAKED KILL, PUNISHER: LAST GUN ON EARTH, MARVEL ZOMBIES 5 and others.

“Pegleg and Paddy Save the World” (HISTORY IS DEAD, Permuted Press 2007)

“The Adventure of the Greenbrier Ghost” (LEGENDS OF THE MOUNTAIN STATE 2, Bloodletting Books, 2008)

Jonathan is the co-creator (with Laura Schrock) of ON THE SLAB, an entertainment news show in development by Stage 9 for ABC Disney / Stage 9.

Jonathan is a Contributing Editor for The Big Thrill (the newsletter of the International Thriller Writers), and is a member of SFWA, MWA and HWA. He is a frequent guest at genre cons and writers conferences.

On the last Sunday of every month Jonathan hosts the Writers Coffeehouse, a free three-hour networking session for writers of all genres and levels of skill. The event is held at Barnes and Noble, on Park Ave in Willow Grove PA, Pennsylvania.

In 2004 Jonathan was inducted into the International Martial Arts Hall of Fame largely because of his extensive writings in that field. His martial arts books include